At ZP we recommend our Gold Screen Printed Electrode the Au 303.

When it comes to gold screen printed electrodes either when manufacturing with them or performing research we recommend a cleaning step, as gold is quite good at adsorbing materials from the atmosphere, and so the surface changes with time. A clean step will bring the gold back to its original condition.

When you a are client of Zimmer and Peacock you are backed by our passion and knowledge, including online real-time advise and troubleshooting.

In a recent conversation a collaborator had an issue of unexpected peaks in their cyclic voltammetry when testing in PBS with no redox active materials.

The PBS was also used to test some carbon electrodes, where no redox activity was seen; this led to the conclusion that the peaks were most likely due to species adsorbed on the gold  surface.

At ZP we love gold electrodes, but know that gold is a lot more active than one would expect and it will adsorb species from the atmosphere over time. In this case we suggested to the client rinsing the electrodes in methanol and wiping with a cloth, which the collaborator did.  After two washes they had reduced the peaks to 'zero'.

In 2020 we were 're-asked' the question how does ZP clean its electrodes when we are doing our own research, in order to answer this question we went back and asked the scientist what they were doing today to  clean the ZP gold electrodes, and they answer was they were dipping the electrodes in 1 M HCl for 1 minute. 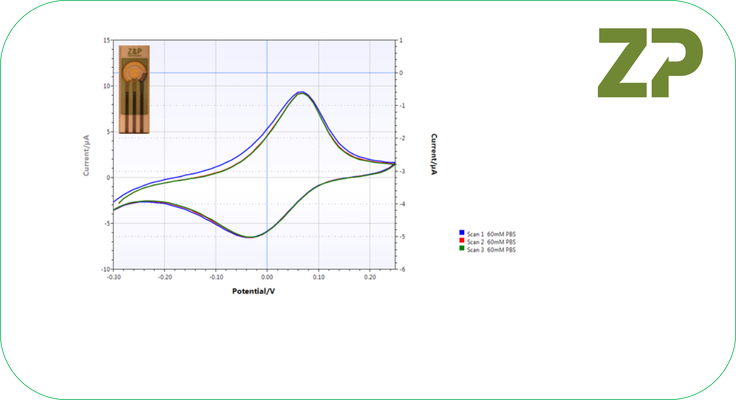 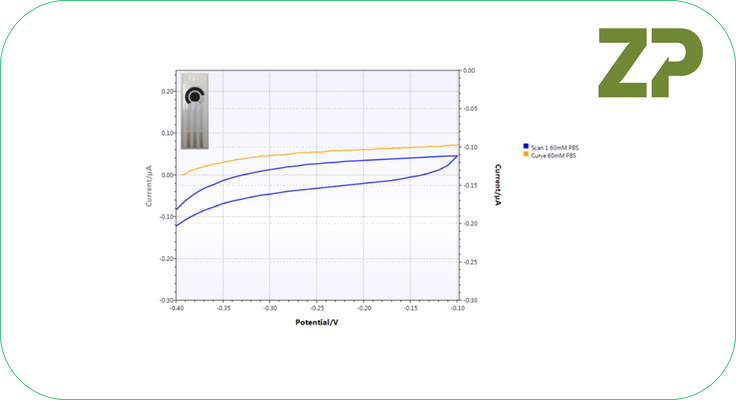 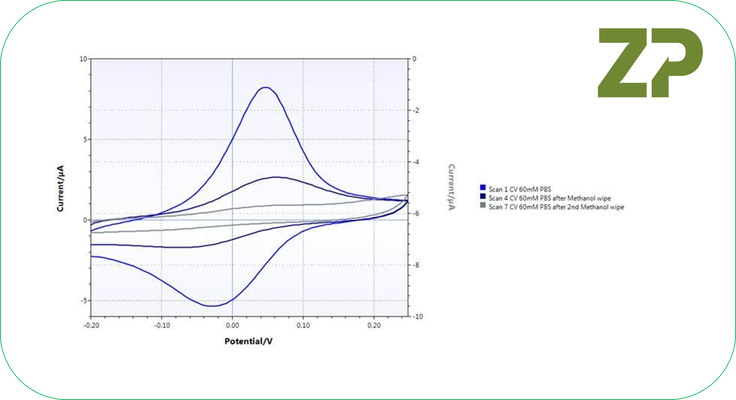 In the adjacent image you see approximately 50 electrodes before cleaning and after cleaning. The electrodes were tested with a ferricyanide solution.

It can be seen that the electrodes dramatically improve after cleaning.