Specificity is achieved by an immobilized layer of the enzyme glucose oxidase (GOx). The system is illustrated in the adjacent Figure; GOx catalyses glucose and oxygen  to gluconic acid and hydrogen peroxide see Equation 1. 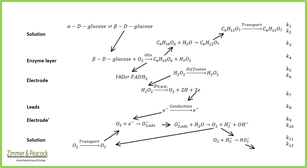 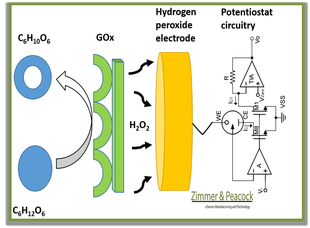