After an eventful conference dinner the night before, the conference began early on the 4th day of the BES 2022 XXVII International symposium on Bioelectrochemistry and Bioenergetics.  Julie Gehl gave an engaging plenary lecture on Treating Cancer using electroporation, and understanding the mechanisms and implementing in clinical applications.

ZP was particularly engaged by a later lecture on the construction of an enzymatic, oxygen- insensitive L-lactate sensor using soluble or grafted redox mediators presented by Roy Cohen.

Roy started off by stating the key facts, with the main point being that diseases require detection and treatment. He then explained the theory behind a generation 1 glucose sensor and the 3 different generations of sensors, indicated in figure 1.

Glucose is a well known biomarker, a generation one sensor uses GOx (glucose oxidase) as the sensing enzyme and oxygen  as the mediator. The GOx enzyme catalyses the reaction between oxygen and glucose. with glucose initially converted to glucolactone, whilst the oxygen is converted to hydrogen peroxide. The hydrogen peroxide can diffuse to the working electrode where it is oxidized back to oxygen and two electrons are released to the electrode. To understand the theory behind a ZP Type 1 Glucose sensor, you can refer to diagram in Figure 2.

In Roy's talk he stated that he '...wants to avoid using oxygen as an electron acceptor, as known in generation 2 sensors..' and he has started to look into 3rd generation sensors where the enzyme directly transfer the electrons to the electrodes. There are enzymes such as NAD-LDH (Lactate Dehydrogenase) which are more expensive, but the enzyme that Roy is interested in is FMN-LDH, with his final goal being an oxygen insensitive biosensor and biofuel cell device based on FMN L-Lactate Dehydrogenase.

The benefits of the enzyme FMN-LDH is that it solves limitations as it is oxygen independent and can detect lactate at low pH (refer to figure 3). This lactate biosensor can function as a biofuel, because by lactate oxidation with a redox reaction of oxygen reduction, this can generate electrical power. Therefore, it is an enzyme that achieves dual sensing of lactate and glucose, with the final goal being a wearable patch that carries out this dual sensing of the 2 biomarkers whilst also generating electrical power, indicated in figure 4 and 5. 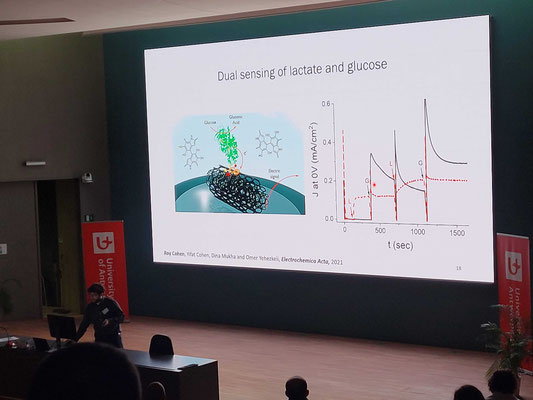 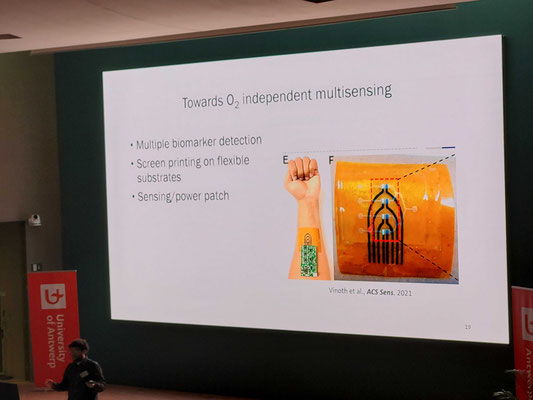 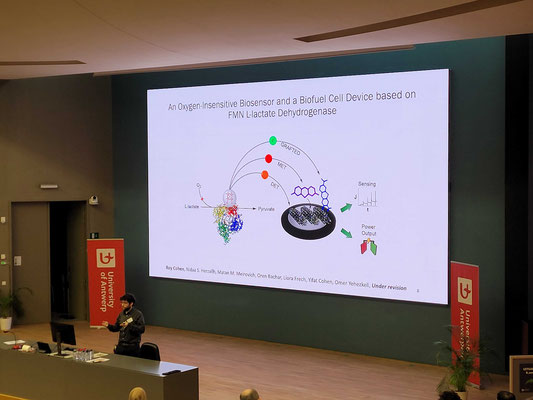