Z&P is a company that specializes in designing, developing and manufacturing Point-of- Care (POC) devices.  POC is new technology, however most people are familiar with the hand-held glucose meters and strips that are available at the pharmacy.  These are used for measuring blood glucose in diabetics. The glucose strips represent a $10 Billion/year market.  This is one application and one analyte.  We believe that there are applications that utilize the same principals and represent a 10-fold total market of $100 Billion/year.  This includes applications in not only clinical, but food and agriculture, bioprocessing, environmental monitoring to name a few.  There are few engineering companies that can apply a large amount of insight and creativity in making POOC devices.  It is no wonder that we frequently field questions about what are you doing?  We will in a general way give you some insight into our processes at Z&P.

We will first describe the glucose meter to give you an idea how this works.  There are many improvements in this area and we keep a close eye on the diabetes market.  A patient sticks his finger with a needle and a droplet of blood  is formed on the end of his finger.  The whole blood is drawn into a capillary channel that leads to a working electrode.  There are several materials that can be used as the working electrode.  In the Type One  glucose strips nn enzyme, Glucose Oxidase is bound to the electrode.  Glucose Oxidase was very stable and the glucose strips had a long shelf-life.  As the whole blood passed over the electrode, the glucose and dissolved oxygen within the blood was catalyzed to gluconolactone and Hydrogen Peroxide (H2O2).  H2O2 can be easily detected with an electrochemical detector that measures a tiny current which is directly proportional to the peroxide that is produced and directly related to the blood glucose concentrations.  The greater the current the higher the glucose concentration.   Many of the current glucose strips are a Type Two technology with improved enzymes and mediators. Glucose meters have been in use for more than 20 years.  Details about this technology can be found elsewhere.

Z&P mission is to take the basic principals of the Glucose POC device and with the direction and push of our client entrepreneurs offer a pathway to the expanded use of POC devices for many other applications.  There are some features of this approach that are compelling.  The most common laboratory clinical biomarker applications use optical systems for detection. 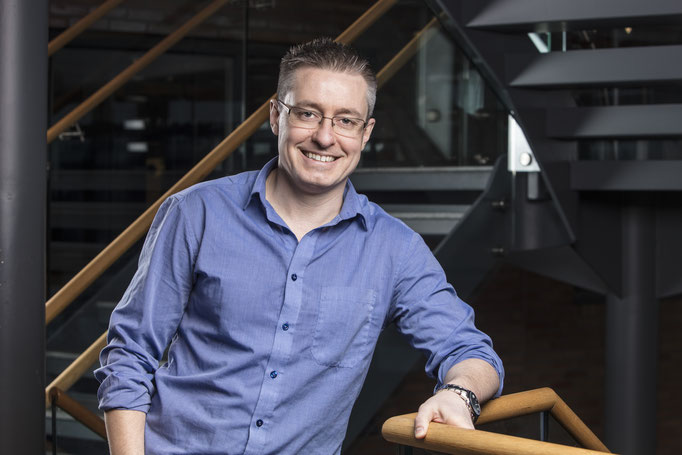 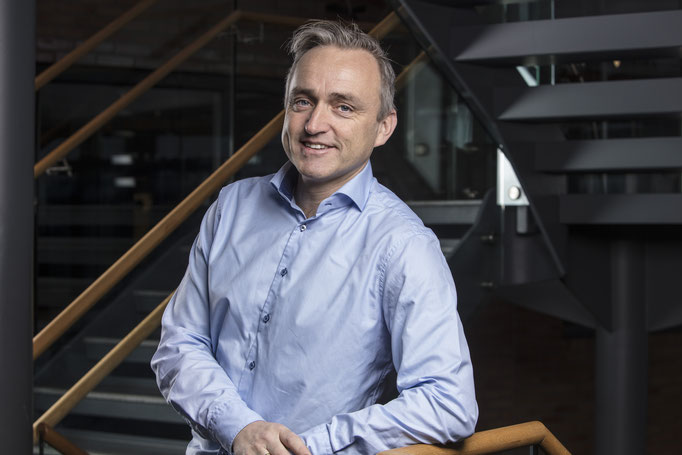 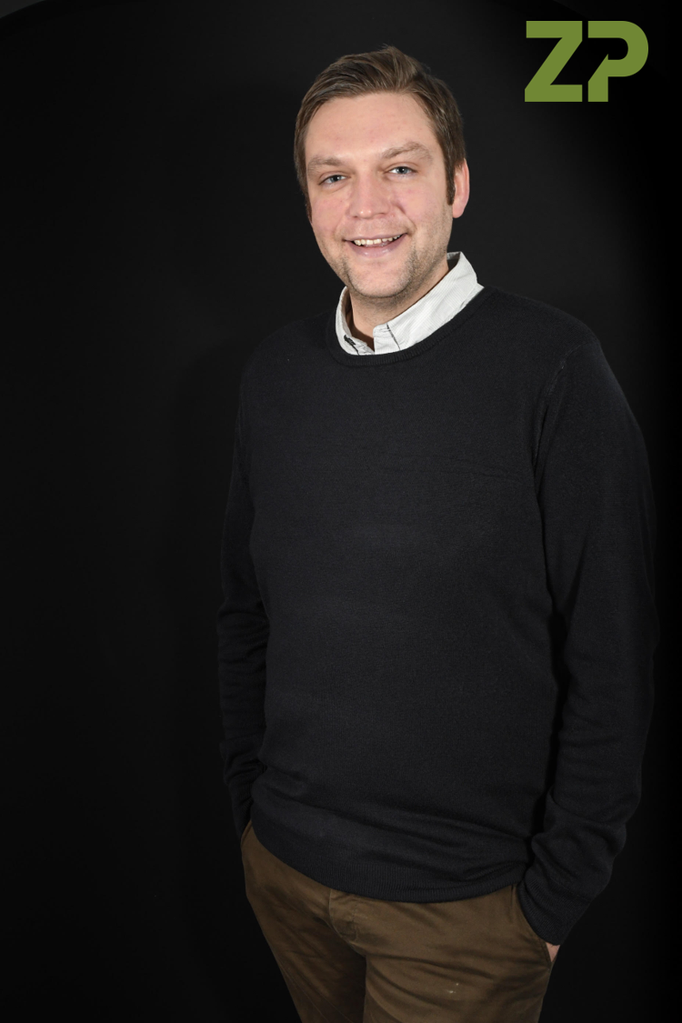 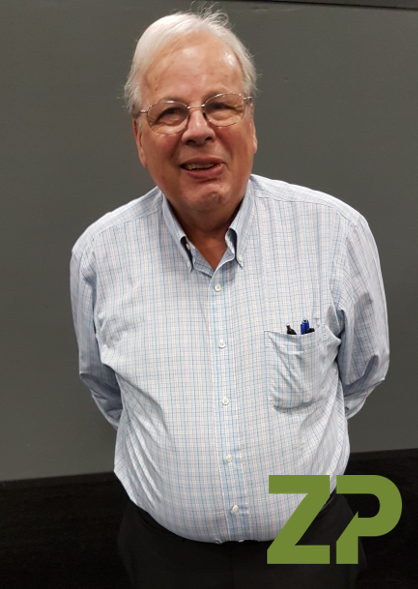 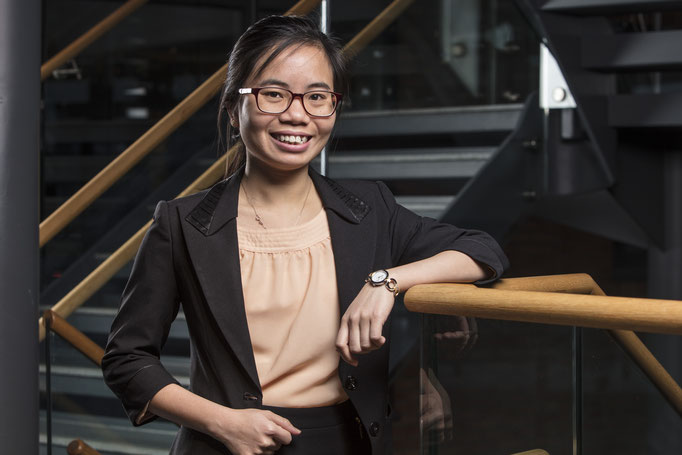 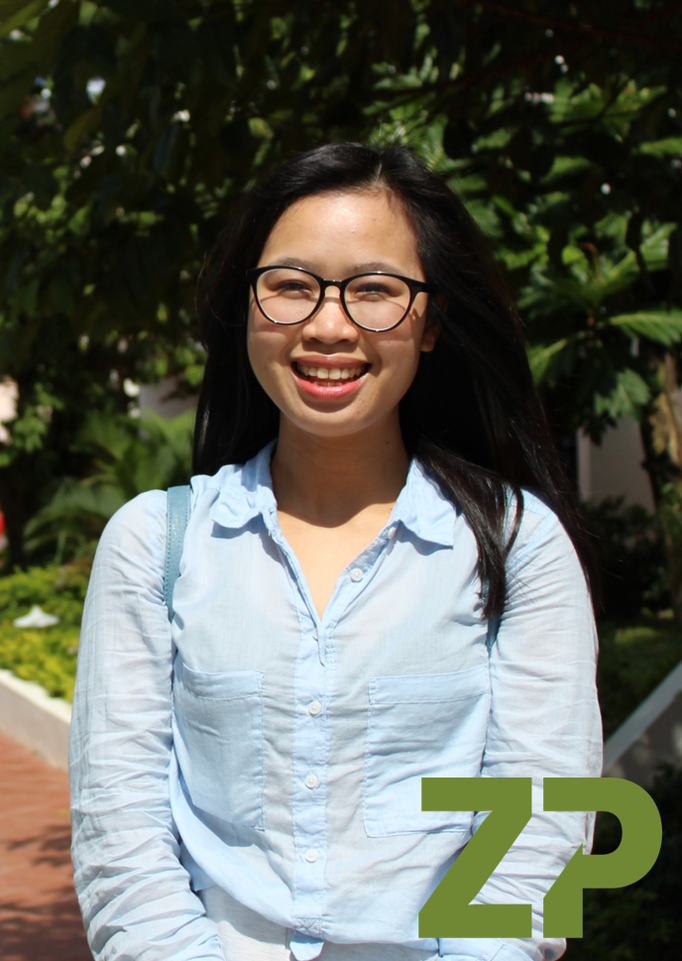 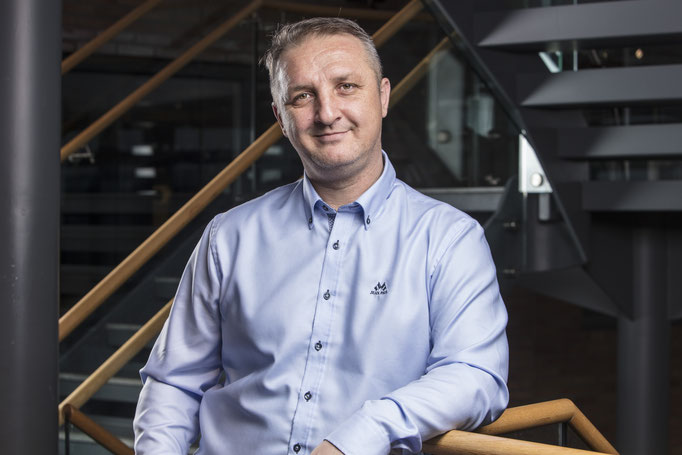 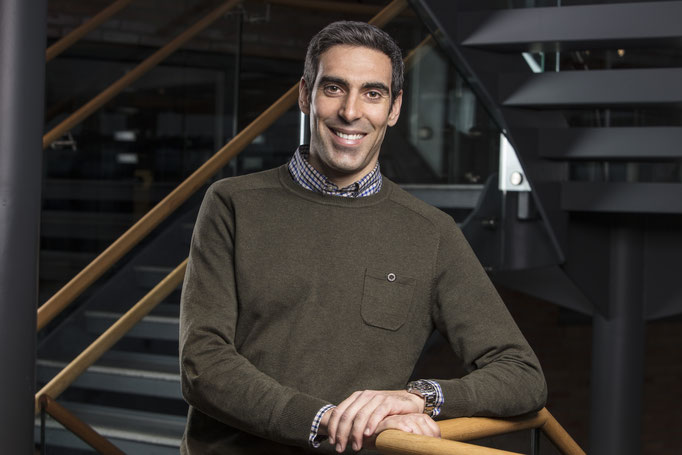 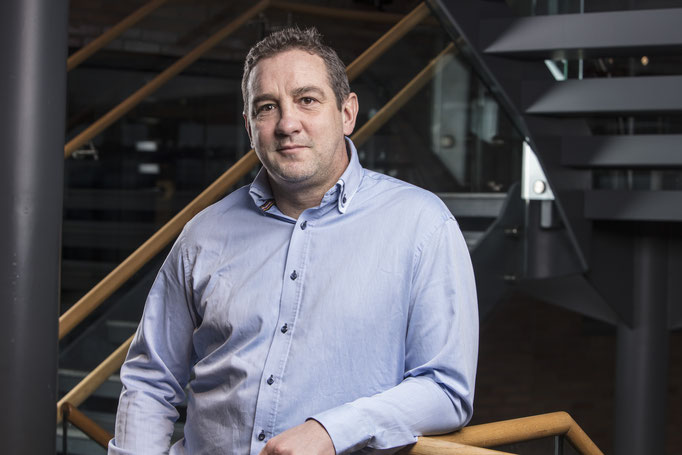 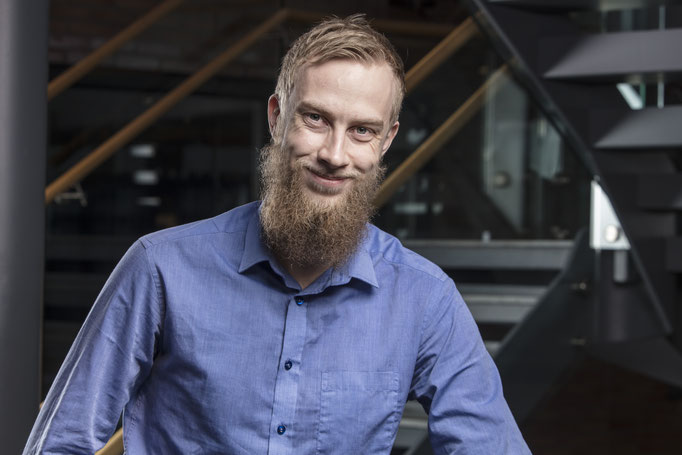 The Immunoassay has been used for more than 50 years for measurement.  The most common immunoassay is called an ELISA (enzyme-linked immunosorbent assay) test.  The ELISA is also called the “sandwich assay” because the technique uses two antibodies which trap the analyte between the antibodies.  Many of these assays use an enzyme called Horse Radish Peroxidase produces H2O2 and reacts with a dye substrate to produce a colored product.  The colored dye can product can be measured and with a series of standards and controls produce a standard curve with an optical reader and generate quantitative data for the biomarker that is being measured.

Optical readers are most commonly found in the research and the clinical laboratory.  These are very accurate and can perform many simultaneous readings.  The fundamental drawback is that optical reader are quite inefficient with power compared to a POC device.  A POC device that uses electrochemistry can use 1/100th to 1/1000th the power of a laboratory optical system.  The power requirements for a POC device are so much smaller that we can use a battery or a USB port to completely power the device.  Also the device can be much smaller and can be easily fit in the hand.  This si not to take away from the results of the laboratory which if the analysts are well trained and talented can yield precise and accurate results that are better than a POC device.  Also a POC device si far less expensive than a laboratory system.  The other  critical characteristic of a POC device is that in principle, there is one strip and one measurement made.  The disposable strip is discarded and the next strip is used.  This is not a big problem, because POC strips can be made very cheaply.  A typical glucose strip at Walmart can be bought for 25 cents retail/ test.  Optical readers require trained technicians to operate and their size is not amenable for home use.  There are reasons for using the laboratory readers and there are reasons for using a POC device.

Glucose monitoring is a well-known technology and only after the success of this technology are entrepreneurs and researchers exploring how to utilize these lessons in developing new POC tests.  Z&P has in depth experience in all phases of POC development.  We have expertise in electrochemistry, which is a daunting subject even for well-trained chemists.  The subject of this paper is to describe how Z&P approaches the development of a new POC application.  I will break this down into a step by step process.

Step 1.  After signing a NDA with our client, the application is revealed.  All development remains a trade secret and is treated with the utmost confidentiality.  This is most important because there is no way of prosecuting a successful project and subsequent business without the trust that is needed.

Step 2: Understand the nature of the analyte, the limits of detection, precision and accuracy requirements, sample matrix, clinical significance, possible interferences and any other critical issues.

Step 3: What is the nature of the analyte.

There are five classes that we commonly design an analysis

The direct detection of ions is a stand out application of electrochemistry as ions are often hard to identify and measure by many methods, whereas electrochemistry is uniquely suited for measuring these small cations and/or anions.

A small molecule without a useful electrochemical signature are the most difficult to adapt to a biosensor. We look for an enzyme that is involved in the biosynthesis of these molecules. We look for enzymes that perform an oxidation or reduction reaction on these analytes.  Glucose and Lactate are common examples.  As in the glucose sensor we bind an enzyme to the surface and supply the enzyme with the biochemical cofactors required for the reaction.  When the enzyme works, then electrons are released or given up by the working electrode.  The tiny current is then measured and a successful biosensor is successfully designed.  Most enzymes, antibodies, nucleic acids do not readily bind to the gold surface.  We get around this problem by adding a chemical substance called a Self-assembled Monolayer.  Octyl Thiol is a commonly used SAM substance. The SAM sticks to the Gold and the enzyme sticks to the SAM.  Lactic Acid and it’s coenzyme Lactic Acid Dehydrogenase is an example of this class of non-electroactive molecule.

An easier analyte is a compound that is easily reducible or oxidizable.  Our chili/capsaicin sensor is an example of this class of molecule.  We take advantage of the electrochemical activity of capsaicin, by applying a voltage at a critical value and measuring the current that is produced.  Capsaicin is the chemical that gives hot sauces its heat; which are often given in Scoville Units.  We first test a pure solution of this class of molecule by performing Cyclic Voltammetry, which is a way of determining how the compound reacts to a changing voltage.  We know in the case of capsaicin that there may be interfering substances which can give an erroneous result.   Fortunately, we can run the sample at various voltages.  Since we know the electrochemical voltages of the capsaicin and interference, it is straightforward algorithm will parse the data and give accurate results.

A biomarker, usually a peptide or protein, presents a different challenge.  However, there is typically an ELISA that is commercially available and most of these use Horseradish Peroxidase as part of the technique.  The good news is that as electrochemistry biosensor is at least as sensitive as it’s optical counterpart.  The basic process ahs been described before and involves binding the antibody to the gold surface using a SAM.  It is a straightforward process to detect the dye markers or peroxide if it is available.  The greater problem is that antibodies are a diverse collection of amino acids with a wide range of chemistry.  If the sample is complex, like blood the antibody will bind many more compounds than the intended target and interfere with the analysis or sensitivity of the technique.  This is called Non-Specific Binding and is a well know issue with any ELISA., even optical systems.  The classical way of dealing with this is through repeated pipette cycles and washes in the test chamber.  Because a biosensor is so small we can utilize advances in microfluidics to design a biosensor which has wash buffer in a blister pack on board.  The wash buffer can be pushed across the sensor repeatedly to perform the same wash cycles as in an optical reader.  There are some other techniques that we can use to solve this problem.

Nucleic Acids.  This is the most elegant approach and much of our development efforts are using RNA or DNA as binding agents. Sometimes these are called aptamers. There is considerable interest in trapping circulating DNA as a biomarker for cancer and other diseases. Instead of binding an antibody or enzyme to the surface of the working electrode we bind a segment of complementary DNA or RNA to the surface suing a SAM.  A sample is introduced and if any of the target is present, it will bind to the surface nucleic acid.  Instead of using cyclic voltammetry we will utilize a technique called electrochemical impedance spectroscopy (EIS).  To perform EIS we apply an alternating current to the electrode and the nucleic acids and system will resonate at different frequencies, which we measure and note the system impedance.  If a complementary nucleic acid binds to the surface, then the resonance will change and we can detect this quantitatively.

I have presented an overview about how Z &P approaches the development of a POC device for a new analyte.  We keep close tabs on the large number of papers and technologies that can be applied to the problem. We pay close attention to developments in the diabetes glucose detection. I hope you will understand the opportunities that POC devices represent in our future.